I've been terribly remiss in taking part in Specfic New Zealand Blogging Week this year, but since Anna Caro tagged me into the "Next Big Thing" exercise, I thought this was my opportunity to fix that! The NBT exercise is a mini interview of oneself with set questions about a current project. The exercise specifies books, but my focus is on short stories, so I'm going to change the language of the questions to reflect that.

What is the working title of your story?

It's called 'The Mary-Jane Effect', named after one of the characters in the story. I liked the concept of how one person, or stereotype of a person, could be used as a scapegoat. The title rolls beautifully across my mind every time I revisit it.

Where did the idea come from for the story?

From one very specific phrase: Nigel Latta (a New Zealand pop psychologist) saying "All teenagers are terrorists". I thought that was incredibly dismissive of teenage problems and suffering, and also appropriative of violent rhetoric. And it got me to wondering "what IF teenagers were branded terrorists?" I focused on the female experience, because a huge burden of respectability and policing of teenage sexuality is wrongly placed upon young women.

What genre does your story fall under?

Near future social (soft) science fiction. There is talk of shuttles to space stations and enhanced tech, but there is a lot about a certain reviled age group that will be very familiar to people.

Which actors would you choose to play your characters in a movie rendition?

I never really pictured any one person as the characters. Probably Michelle Rodriguez as Rosie: 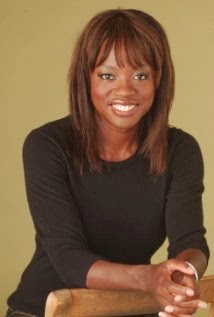 and Willow Smith as MJ:

I draw a blank on who to use as the voice of the narrator - someone with a fairly mellow, middle pitch voice who can do a cross between a Mexican and Australian accent (interesting call!)

What is the one-sentence synopsis of your story?

Will your story be self-published or represented by an agency?

I'm currently submitting the story around the traps, hoping for a hit from an editor. I've already had one nibble, but it didn't pan out. Still, the nibble helped me refine the story more, and was a good learning experience about rewrites.

How long did it take you to write the first draft of your manuscript?

'MJ' was one of those beautiful perfect storms where I had the idea on Friday, outlined it Saturday, started it Sunday, and finished it on Wednesday. That doesn't often happen to me! Usually I labour intensely over a first draft, but this one just fell out.

What other stories would you compare this story to within your genre?

The coming of age story is a fairly common theme, and one I've been trying to avoid. However, there's another theme to the story, which I can't reveal because it's involves the big ending, which is an under represented theme in SF and a theme which is an important part of my writing.

Who or What inspired you to write this story?

In my experience with feminism and its intersections, I've come to re-evaluate many parts of a woman's life that I was originally socialized to be very dismissive of - we're taught to hate ourselves and other women, implicitly and explicitly, in a myriad of ways. Many people have a desire to write a letter to their younger selves or a younger person to say "Hey, I'm sorry I completely screwed you up. Please take my wisdom and shake off the chains of socialization as quickly as you can. You're okay just the way you are, and you're not losing your mind!"

This story turned out to be just such a letter (not to myself, mind you) inter-sped with media snippets and rhetoric that would read very familiar. If we don't change our cultural attitudes towards teenagers and their sexuality soon, we're doomed to repeating our mistakes into the next generations.

I also had a bit of fun creating the media snippets, using rhetoric, headlines and themes common to a young woman's experience. There will be language in there people will recognize.

What else about your story might pique the reader’s interest?

The story features a family with two mothers that talks about same-sex marriages as a given, and easily accessible sperm donors with some of the contractual/moral implications involved. These may seem as givens into today's world, but considering the recent furore surrounding marriage equality the world over we've still got a way to go. I also touch on masculine and feminine role models outside of a family, because I'm fed up with the anti-marriage equality proponents saying children will be confused without the "traditional" (yes, that's in jerk-finger quotes, since one-man, one woman marriage has only legally been in existence the last century or so) values of heterosexual families.

The narrator and MJ are also pretty frank about their sexuality,  which I feel is refreshing because outside of the authors I read and enjoy, teenage sexuality is usually completely ignored or talked about in a very coy or ridiculous infantalizing fashion.

Tag, you're it Helen Lowe, Paul Mannering, and Samuel Mae.
Posted by Amanda at 11:08 AM